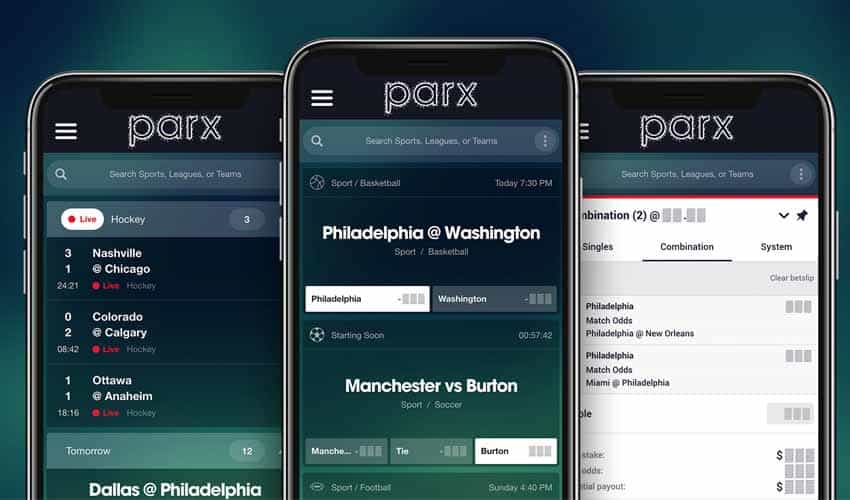 Though not the first brand to support mobile-friendly sports betting in the state, Parx could get a leg up on its competition by offering the smoothest, most efficient iOS experience tailor-made for bettors in the Keystone State.

FanDuel recently released an iPhone app for the Pennsylvania market, but it was a mere reskin of the brand’s existing New Jersey app, adding Pennsylvania support through an update. As such, the Parx app has the distinction of being the first new betting app to be built, approved, and launched in Pennsylvania.

Pennsylvania has long been projected to be the US’ largest sports betting market in terms of state take, as the pastime is taxed at a staggering 36 percent of sportsbook revenue.

The only thing missing was mobile betting.

That all changed on the last day of May, when the SugarHouse Casino launched its online portal, opening its sportsbook to users statewide. Other casinos followed suit, but one critical feature remained absent: iPhone support.

The iPhone is the most popular smartphone in America, enjoying a market share of roughly 40 percent. Additionally, iPads – which also run iOS (newer models run similar iPadOS) – dominate the US market, with some 80 million users.

Despite their numbers, ever since Pennsylvania online betting launched, Apple mobile users have been left in the lurch. And serious money has been left on the table.

Of course, the sportsbooks are hardly at fault.

Thanks to a recent revision of Apple’s casino app development standards, gambling brands can no longer offer HTML-based apps for inclusion on the App Store. The policy shakeup has derailed the launch of native iOS sportsbooks nationwide.

Given that mobile and online wagering account for roughly 80 percent of the market in neighboring New Jersey, the June launch of mobile Pennsylvania sports betting brought with it a great deal of promise.

Apple’s new rules have tempered that promise, at least in the short term.

Most industry analysts expect that Apple’s move will materially limit sportsbook revenue for the 2019 fiscal year, simply because many operators will not have their iPhone apps built or approved in time for the start of the lucrative football season.

Parx was fortunate enough to have the money and resources to build and release its native iOS app before the 2019 NFL campaign kicks off next month. In fact, preseason odds for this weekend’s games are already posted, and action is brisk.

That gives the brand a distinct edge in the near term, and it’ll be interesting to see what kind of advantage Parx can keep in the highly competitive Pennsylvania market. Currently, SugarHouse owns roughly 65 percent of that market, but they haven’t got a native app up and running yet.

Parx’ approved sports betting app could also mean that the brand’s real-money casino app might be waiting in the wings. In addition to allowing mobile sports betting, Pennsylvania law allows for online casino gaming via licensed operators. However, there is no concrete timetable for when that Parx app will hit the App Store.

Regardless of whether you wish to wager on sports or play online casino games, is important to note that Parx apps – and all state-licensed gambling apps – are geofenced. That means they will only work for users physically inside the state of Pennsylvania in accordance with federal law (Interstate Wire Act, 1961).

If you live elsewhere, you can still download the new Parx app to your iPhone or iPad and view live odds, but you cannot place real-money bets. Alternatively, you can use offshore gambling and sports betting sites, which are optimized for mobile and have no geofencing limitations.