November 6, 2017 | Comments Off on Virtual Reality Is Soon Coming To The Online Gambling World And Netent Is Leading The Way | News 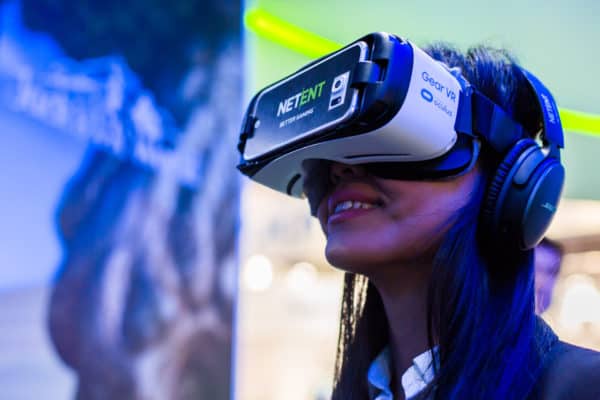 Techies everywhere have been getting excited about the prospect of virtual reality gaming for quite some time now. With a new application of virtual reality to take place over the Internet, termed WebVR, mobile gambling app developers are joining those who have become infatuated with the idea of VR in games.

NetEnt is a long time developer of online gambling games and have developed an unrivaled reputation in the industry. They were known as one of the first companies to create games that were fully HD along with mobile content that was fully supported. They have been known to draw on popular media, music, movies and video games to always ensure they there games are staying up-to-date and at the top of the technological curve in online gambling and gambling apps. In February of this year, NetEnt announced that it would be developing the world’s first WebVR casino slot game to be fully functioning on the internet.

As they move into the production they have chosen one of their most popular titles to start the WebVR experiment on. “Gonzo’s Quest” is the game they have chosen to gamble on the postulation that WebVR technology will be functioning well enough by the end of 2017 or into the beginning of 2018 to support basic VR casino games over the internet. The working thought on choosing this game was that the basic appeal to the game was already there and has shown sustainable since it was created. “Gonzo’s Quest” is one of NetEnt’s first casino games and is easily the most developed.

NetEnt virtual reality slot isn’t the first company to head down this road, however. In 2015, one of their largest rivals, MicroGaming, took a stab at a VR Roulette game that was never released publically. The table was floating in space and the croupier appeared as a robot but the future hadn’t quite reached them yet.  The game was only displayed at various gambling events and conferences and used only to show how VR developers should be thinking in terms of developing games for online gambling.

Virtual Reality used in a medium outside of the actual games is well within the industry at the moment. SlotsMillion Casino features a fully explorable casino quite in virtual reality. It adds an immersive experience for the customers of the website and was the first one of its kind. Despite the impressive VR technology that the website uses, none of the games appear in VR. Only the atmostphere where you can actively find the games is VR and that is the main difference between NetEnt and SlotsMillion Casino.

Currently, there is no way to tell how WebVR will effect online gambling websites that have real money mobile gambling apps. NetEnt is certainly one of the most well known and mainstream suppliers of online casino games and will undoubtedly mark the pivot towards VR gaming in the industry when they finish development on “Gonzo’s Quest” VR counterpart.