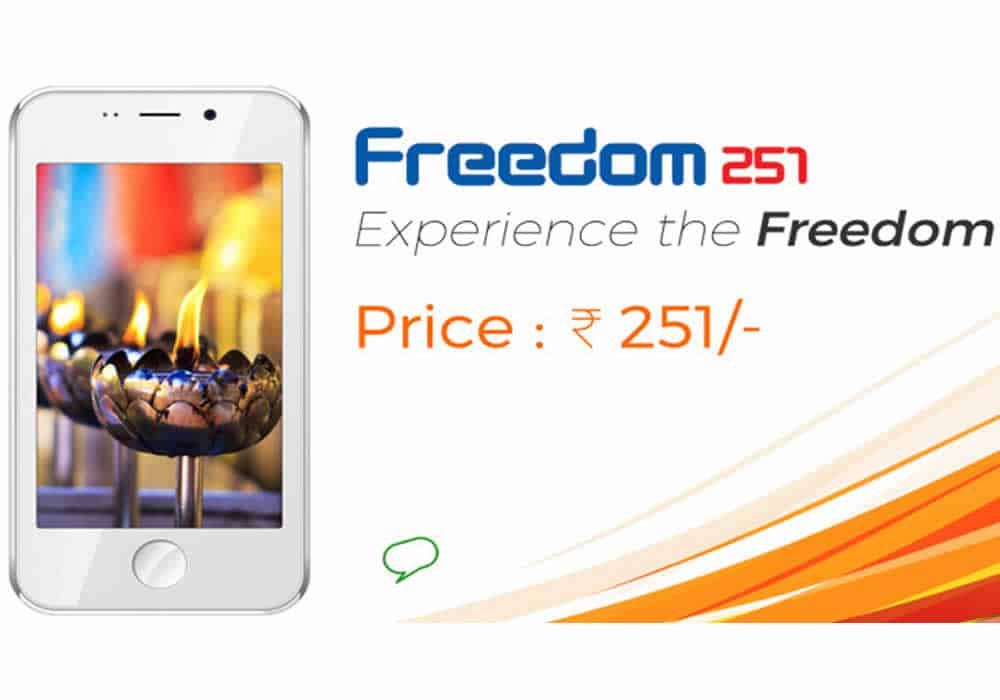 The Ringing Bells Freedom 251 smartphone has sparked global interest as its first batch of orders is slated to begin shipping this week. This phone, which costs only 251 Rupees, or about $3.65, aims to make smartphones available to the poorest people in India who otherwise could never afford one.

Though this goal sounds noble and philanthropic, many other manufacturers and techies have raised questions about the cost and legality of these devices. These questions are legitimate, as the next-cheapest smartphones on the market currently are priced around $25, which is 1,655 Rupees. Even the Indian Cellular Association doesn’t believe that a smartphone of this caliber could be produced for less than $34, or about 2,300 Rupees.

This device runs on Android’s Lollipop 5.1 operating system. It also sports a 3.2-megapixel camera, a four-inch screen and an appearance that’s dangerously similar to the Apple iPhone 4 icon design. When asked about this similarity, the company’s technical head, Vikas Sharma, told reporters, “We used Apple’s icons because Apple hasn’t copyrighted its designs.” This explanation is ridiculous, however, because it’s a well-known fact that Apple patents everything possible to protect its property. If the company is that brazen about acting in a questionably legal manner, what else is it bending the rules on?

Other concerns have been raised about the phone’s hardware and the company’s manufacturing practices. Reviewers have noted that the test units they have received all bear the shoddily-masked logo of a Delhi-based smartphone and tablet importing company, Adcom. In addition to speculations about the hardware used, rival companies have alleged that Ringing Bells could not sustain manufacturing costs or fair wages. CEO Mohit Goel has disputed these claims, assuring journalists that his employees are fairly paid. What that translates to remains unknown.

Ringing Bells says that it receives no government subsidy for these phones, which means they are heavily subsidized by the company itself. They could be using the devices as a loss leader and counting on making money on the back end, though it’s unclear whether or not that’s a sustainable business model.

How the Freedom 251 Could Affect India’s Online Gambling Industry

India is a huge, virtually untapped market for online gambling. With a population of over 1.2 billion, any casino that can grab a share of the market stands to make a considerable profit. Because the population is overwhelmingly poor, though, fewer than one in ten people actually have the means to access the Internet. If this smartphone lives up to its extensive claims, it may be the perfect gateway to introducing mobile gambling to the country. Another factor that works in favor of online gambling providers is that virtually all mobile casino platforms are compatible with Android operating systems. The release of such an affordable device is the ideal way for casinos to expand online gambling in the country.

Currently, there are no laws at all regarding Internet gambling in India. The government does not grant licenses to operate online casinos and, despite the fact that the Indian national lottery operates online, they have not drafted a single bit of legislation to prevent players from using casinos hosted in other countries outside of Indian jurisdiction.

This means that anyone living in India who wants to wants to enjoy gambling for real money on their mobile phone can easily do so through casino websites that are hosted offshore. While the country has made gambling illegal, these restrictions don’t apply to online gambling. The combination of lack of specific legislation plus offshore hosting means that Indian players can gamble with impunity. However, it also means that the Indian player pool is vulnerable to shady casino practices because they have no recourse if something happens.

Until these new Freedom 251 smartphones have been in use for a period of time it is impossible to say how they will affect India’s population. Though the devices seem too good to be true, they also offer Internet casinos a golden opportunity to gain a whole new player pool.